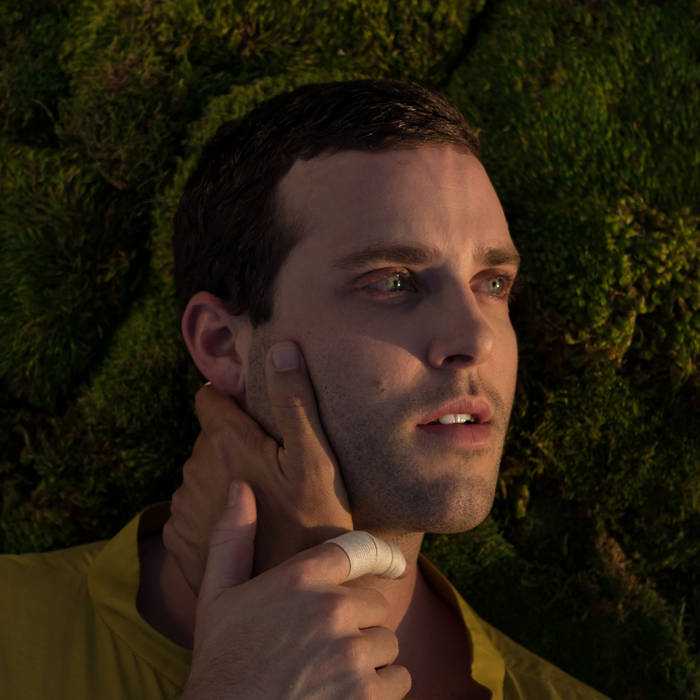 Feral Phoenix this is hands-down my favorite baths album in existence?????? please continue to be self-indulgent for as long as you'd like; the sci-fi and fantasy tracks interspersed with reflections on queerness are genuinely joyful to listen to, so much so that i want to have a one-person dance party to this whole album??? SO many gems on here, it was legitimately difficult to pick a favorite. Favorite track: Abscond.

Scott A Smith I appreciate the evolution of Baths, but hope for future works to return to the darker days of Obsidian. The happy, poppy nature of this album is unexpected from prior releases, and while maintaining stylistic themes that are true to Will's nature, Romaplasm is a pleasant surprise that has me repeating numerous tracks, despite it not being my preferred mood. Favorite track: Yeoman.
more...

Comfort can be a crutch or a conduit for a creative breakthrough. For Baths, it’s led to a level of artistic confidence and stability that’s allowed him to produce his finest work. Enter Romaplasm, a profoundly emotional record steeped in the at-home obsessions of LA’s Will Wiesenfeld.

“I’m not as emotive with real world things as I am when I’m neck deep in anime, video games, books or comics…” Baths says. “I wanted to be honest with myself that this is where my heart lies and where I get the most emotion out of life. I wanted a record that mirrors those emotions but in an indirect way.”

In his own singular style, Baths has created his own post-modern take on Romanticism. Romaplasm bears a similar emphasis on emotion and individualism. You can see the hallmarks of the movement’s stress on awe—and like many of the great Romantic artists, he confronts the gnawing chaos of life with a focus on beauty and the sublime. As the German painter, Caspar David Friedrich once affirmed: the artist’s feeling is his law.

“That’s where my head is at right now,” Baths says. “Anime and fantasy overdoes that too. It’s about taking ideas as far as you can even if they don’t work out. I’m trying to capture feelings that might be more obscure when translated to music, but always seem to resonate with me.”

For as long as Will Wiesenfeld has been Baths, he’s been trafficking in perfect—or, more often and more interestingly—near-perfect pieces of pop. After attending Hamilton High School’s vaunted music academy, the classically trained singer, songwriter, and multi-instrumentalist, first emerged in 2009, after a stint as [Post-Foetus] and the birth of another, still-active project known as Geotic.

His music, which merged the glitchy, punishing gloom of L.A.’s beat scene with sunnier melodies and vocals that often drifted into falsetto, was an instant sensation. It was as experimental as it was comforting, a warm blanket made from the rarest linens. Publications like Pitchfork heaped praise on his debut album, 2010’s Cerulean, which codified the sound; Obsidian, which followed three years later, in part chronicled Wiesenfeld’s recovery from a ghastly illness, and was even more well-received.

Romaplasm exists in the emotional crevices that are left unexplored in polite company or at stilted cocktail parties. Less outwardly grim than the darker half of Obsidian—but twice as bittersweet—this LP reimagines approachable pop songs as pieces of scaffolding that can be lived in, expanded and retracted, or torn down entirely.

The opener “Yeoman” could slide into Top 40 radio rotation, except for how tactilely you feel each component part, like Baths is constructing the record right in front of you, in real time; “Superstructure” marries an earnest and straightforward vocal to a track that’s glitchy and propulsive and could soundtrack the climax of a gritty art film.

As with any artist who toys with name and identity, Wiesenfeld’s nods to a life that is truly personal (rather than persona) are given extra weight, extra attention. When he sings, on “Human Bog,” “Queer in a way that’s failed me / I’m not enough of anything,” it’s dripping with the sort of despair that’s won only through years of lived experience. Wiesenfeld is an artist who, through his work as Geotic, has carefully deconstructed songwriting into its basest parts; as Baths on Romaplasm, he reassembles the pieces of his musical and personal lives in the most piercing ways imaginable.

As always, Baths is unafraid to run counter to his surroundings: delicate when others are posturing, gripping and visceral where others drift into the digital morass. But this record is not about contrarianism, or about rejecting the status quo. It’s about centering the things that are important to you, and doing so in the most honest way possible, even if that means fucking things up a bit along the way.

“In making this record, I wanted to be as self indulgent as possible. To not think too hard about what I was doing stylistically as much as honing in on what material felt inspired and felt really good to make,” Baths says. “Those were the only things that I wanted to pursue.”

Bandcamp Daily  your guide to the world of Bandcamp